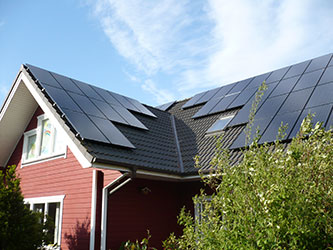 According to figures released by the Department of Energy, around 3.2 million households in rural areas are still without electricity, despite more than 200,000 being connected to the national grid in the 2012/13 financial year complementing 5.7 million connections made in the 1997-2011 period.

“While the electrification of South Africa is being achieved as fast as can be expected, there are many households still without power,” says Jack Ward, managing director of Powermode, a South African power provisioning company specialising in the design and implementation of back-up power sources for domestic, commercial and industrial applications.

“It is now recognised that electrification can move beyond the strict definition of ‘grid connection’ with the arrival of solar energy technology already installed successfully in around 50,000 rural homes.”

Ward says an increase in the adoption of solar energy solutions by the Department of Energy would not only release some electricity from the already-stressed national grid, but also increase the rate at which electricity services can be delivered.

“In addition, the roll-out of solar power to rural households will be faster and cheaper than grid connection. For maximum efficiency the process could be masterminded by municipalities, via their IDP [Integrated Development plan] inputs.”

According to Ward, if the electrification rate is to be improved the current funding allocations should be increased. “This can be achieved by international grants already ‘on the table’ for non-grid programmes,” he notes.

Ward maintains that the electrification programme will come under the spotlight with the imminent arrival of Digital Terrestrial TV (DTT). “There is a groundswell of interest in DTT as it will offer TV viewers substantially more terrestrial television channels than are currently available. The technology will help improve the picture and sound quality of broadcast programmes and also give viewers access to radio and a host of other value-add services.

“In the short term, DTT can be expected to boost interest in ‘stand-alone’ solar installations capable of powering TV sets and the obligatory decoders,” says Ward. “As a bonus, battery-backed solar systems could simultaneously run fridges, LED lights and sockets for the charging of mobile phones. When the sun is obscured, or at night, the battery backup takes over providing enough energy to last between four and six hours depending on off-take.”

Ward maintains that DTT technology could be the catalyst needed to promote closer cooperation between government regulators, Eskom, municipalities and the private sector. He says government needs to foster a climate of certainty at this time.

“It can be achieved through education, information dissemination and leadership capabilities,” he adds. “South Africa needs to overcome policy and regulatory uncertainty which must be removed as barriers to infrastructure investment and the achievement of quality, affordable services – especially for the poor.”