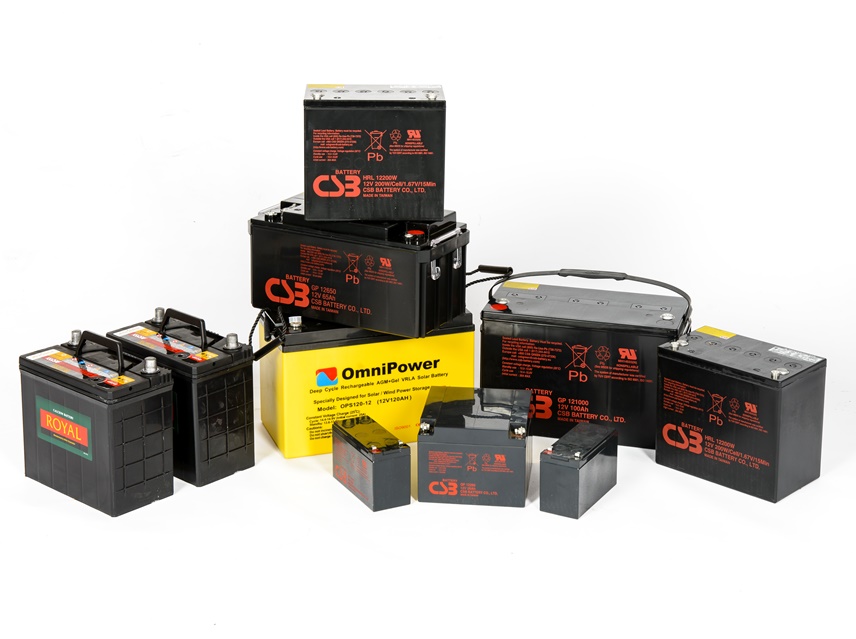 Uninterruptible power supply (UPS), power inverter and hybrid solar photovoltaic (PV) systems have become central to the design and implementation of standby power supply strategies. At the heart of these systems are rechargeable batteries, elements as important as the design of the systems themselves - and possible weak links unless they are maintained and serviced regularly.

Uninterruptible power supply (UPS), power inverter and hybrid solar photovoltaic (PV) systems have become central to the design and implementation of standby power supply strategies. At the heart of these systems are rechargeable batteries, elements as important as the design of the systems themselves – and possible weak links unless they are maintained and serviced regularly.

Correct battery care will help ensure the reliability of power provisioning systems in the event of load-shedding and other power outages so prevalent in South Africa.

In addition to regular maintenance, batteries – particularly commonly-specified wet lead-acid batteries – must be selected correctly and sized appropriately to ensure they meet their maximum expected life span which in the case of modern deep-cycle units is up to 10 years or around 260 cycles at 100% discharge. Battery suppliers and power provisioning specialists are able to provide information for sizing batteries which varies according to a number of criteria.

In this light, an understanding of the various operating parameters, maintenance requirements and cost is vital in choosing the most advantageous battery for any particular application.

It’s important to note the conditions that negatively affect performance and battery durability. The first is ambient operating temperature. For every five degrees above 25 degrees Celsius battery life is halved. So when batteries are exposed to large swings in temperature, life expectancy can vary significantly. This is why modern batteries, although marketed as ‘maintenance free’ must be regularly checked and analysed to prevent untimely failures.

Regular checks will help to identify and rectify issues such as damaging ripple currents that can also cause premature aging. A ripple current is the root mean square value of alternating current flowing through the UPS or inverter capacitor. This current causes an internal temperature rise due to power losses within the capacitor which in turn raises the overall battery temperature with consequent loss of performance and longevity.

On certain standby power provisioning systems this is caused by a temporary high loading of the inverter. Or it can also be the result of a gradual failure of the direct current smoothing capacitors in the rectifier circuit.

While many industry specialists believe it is good practice to replace a complete battery bank in a multi-battery installation – and not mix new with old – there is a substantial cost involved. Therefore, by performing regular battery analysis and providing base-lining (comparing the current battery performance to an historical metric) this generally applied ‘rule of thumb’ can be ignored. Substantial savings can be realised by replacing individual batteries when necessary.

Life expectancy and system reliability are often allied to the type of battery or batteries installed. For example, internal battery plate structures play an important role in energy density ratios which then have an impact on currency delivery levels in emergency, high-discharge situations.

It is thus important to specify high quality deep-cycle batteries, correctly certified for the application and deal with a supplier capable of providing periodic risk assessment surveys meeting industry-approved engineering standards. Maintenance should be performed by a suitably qualified and designated person or company.

Batteries should not be stored in a discharged state. The sulfate that forms during discharge should not be ignored because severe sulfation could make the battery impossible to recharge fully.

As part of the servicing procedure, the tops and terminals of batteries should be kept clean and free of corrosion. The film on top of the battery can cause the current to migrate between the posts, accelerating self-discharge.

Batteries should always be allowed to cool after charging because the heat generated during the recharge and discharge cycles will accelerate grid corrosion, which is one of the major causes of battery failure.

Deep-cycle batteries need to be equalised periodically. Equalising is an extended, low-current charge performed after the normal charge cycle. It helps keeps cells in balance. Actively-used batteries should be equalised regularly.

As batteries age, their maintenance requirements change. Generally their electrolyte specific gravity is higher and gassing voltages go up. This means longer charging time and/or a higher finish rate (higher amperage at the end of charge). In addition, older batteries usually need to be watered more often.

Finally, inactivity can be harmful to deep-cycle batteries. If they sit for several months, a ‘boost’ charge should be given once a month in warm climates and every two to three months in cold climates. This is because batteries discharge faster at higher temperatures than at colder temperatures.